This gingerbread recipe via Smitten Kitchen is dense, dark, and delicious. I've made it years ago and keep thinking of it fondly (I believe I ate most of that batch myself). This year for a Christmas party I made it again, and guests who were initially hesitant about ginger in their baked goods raved about it. 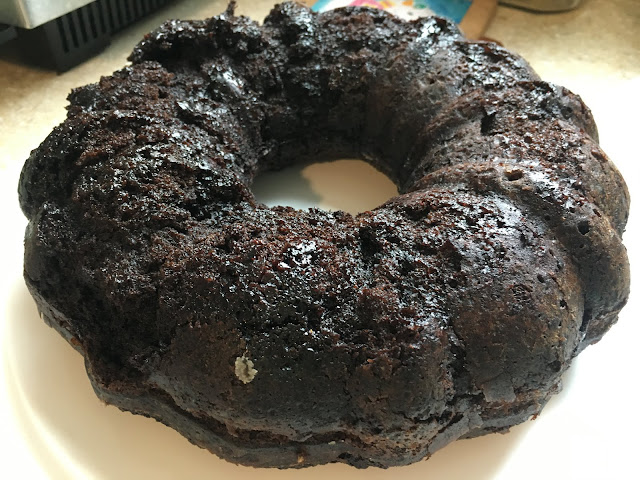 
For future batches, I would consider:

Yesterday, for Miss R's birthday, I made Cake Paper Party's buttermilk chocolate cake with Brave Tart's cream cheese frosting. She asked for a Tsum Tsum theme, so I bought iced sugar cookies from lan sugar cookie 嵐的甜甜手作 (which were beautiful and arrived well-packaged) and used those to decorate the cake.

Keeping in mind the advice on reducing sugar in cake recipes from King Arthur Flour, I reduced the sugar by 20% which was perfect for our tastebuds. The cake still had a fine crumb and moist texture, and paired nicely with Brave Tart's frosting, which isn't as sweet as powdered sugar based recipes.

Baking time took me over 40 minutes rather than the 25-30 minutes suggested. Perhaps my oven was off; and I think one layer was slightly underbaked as it fell apart after I turned it out from the pan to cool. For future reference, I'd bake this a day in advance and refrigerate it before leveling the cake and icing it; I never got the icing down to 60º F even after chilling it for 30 minutes in the refrigerator. 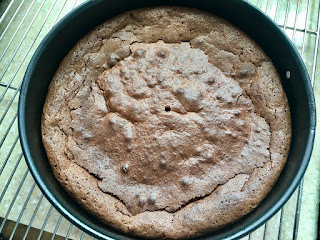 Why don't I have a photo of this deliciousness? I don't know, but I loved the miso sauce. Easy to prepare, and an excellent contrast to the vegetables.
Posted by B at 10:43 No comments:

I first became aware of Stella Park, aka Bravetart, via Kenji Lopez-Alt on Serious Eats, and after trying her Mini Egg Chocolate Cookies and other recipes, I've been turning to her takes on baked goods first. Yes, it's April not Trader-Joe's-Pumpkin-season, but I had a can of pumpkin that I've been meaning to use up and a craving, so I used her Spiced "Pumpkin" Loaves recipe as a starting point. I didn't have any walnut oil, so I used all butter. As usual, I reduced the sugar by about 10%. I wasn't sure if the measurement for nuts was correct, so I used 12 ounces instead of 16 ounces. There's plenty of walnuts, as shown, but if you really like nuts, the recipe can certainly support the full 16 ounces. The recipe yielded 24 muffins. The recipe as I made it is written in metric, because currently the buttons on my scale are a bit sticky and not easily switching between metric and Imperial. 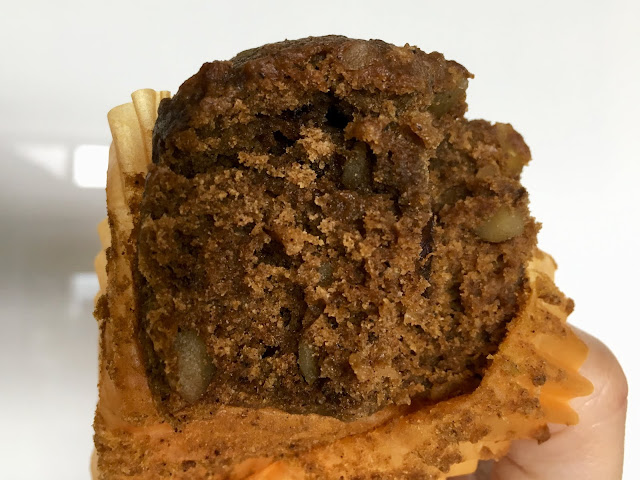 Line muffin tins with paper liners, and spray with oil.

Combine the butter, oil, sugars, baking powder, soda, salt and spices in a large mixing bowl. Beat them all together for about eight minutes. Stop the mixer to scrape the sides down occasionally.

Add the eggs, one at a time, and mix until each is thoroughly incorporated. Turn the mixing speed to low and add in the flours all at once, followed by the squash puree and then the milk or cream. Quickly add in the nuts and shut off the mixer as soon as everything appears mixed together.

Portion into lightly greased muffin pans and bake for about 20 minutes.
Posted by B at 10:13 No comments:

Prior to our second visit to Hua Hin, I looked for day trips that would be fun and interesting for a 4-year old, a 7-year old, and adults. This rules out most historic and cultural sights, as the kids are too young to appreciate them. I'm always trying to find ways to incorporate nature and activity, so a day trip to Kui Buri National Park seemed like the best option.

Established in 1999, Kui Buri National Park is in Prachuap Khiri Khan province, and its primary draw are the herds of gaur (aka the Indian bison) and elephants. There are also several species of birds and apparently event a resident tiger (a sighting of which is understandably extremely rare). What you are almost certainly guaranteed to see are elephants in their natural setting, which is a delight, instead of caged up or chained up for human performance.

Don't be intimidated by the logistics of visiting - the formal tours sold in Hua Hin town go only on Fridays, and a private tour was quite pricey. We ended up asking our cab driver one afternoon if he'd be willing to drive us, which he did for 2,000 baht round trip. At the park, the entrance fee was 200/100 adults/children and the hire of a truck/Jeep and guide was an additional 850 baht. In total, this was a third of the cost of an organized tour. We left our hotel in Hua Hin at 1:30p, and returned by 6p, so the timing was better for us as well. We enjoyed seeing the elephants and birds (bring binoculars), even if we did not spot the more exotic animals that also reside in the park (deer, bears, etc.).

Just pulled brownies made following Stella Park's (aka BraveTart on Serious Eats) recipe. She warned of this on her video, and so I reduced the time by 5 minutes, but an initial assessment looks like the edges are a bit over cooked and dry. But it smells lovely, and Miss Nomad Food happily licked the beater clean. 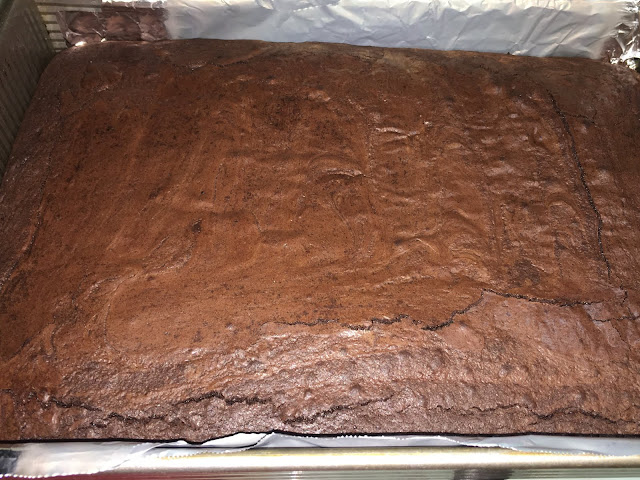 loves to eat. loves to travel.
currently lives in Taipei, Taiwan.
and is a citizen of the world.